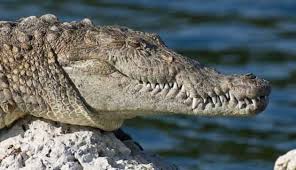 Apart from birds bhitarkanika is famous for its wide and dense mangrove forest and crocodile reserve. We were able to see almost 25-30 crocodiles. It's a feast for the eyes while boating in Bhitarkanika Sanctuary. The relaxed crocodiles, the greenery at the river bank are a treat to watch.

The national park and wildlife sanctuary is inundated by the rivers Brahmani, Baitarani, Dhamra, Pathsala. It hosts many mangrove species, and is the second largest mangrove ecosystem in India.

The national park is home to Saltwater crocodile (Crocodylus porosus), Indian python, king cobra, black ibis, darters and many other species of flora and fauna.

Khicede. The main dish offered to Lord Jagannath at the temple in Puri, the Khicede (or Khichdi) is a versatile dish loved throughout Odisha, not just Bhubaneswar. A mash of rice and lentils, it can be eaten on its own or served with papad and pickle.

Internal public transport is maintained by "Mo Bus (My Bus)" service administrated by CRUT(Capital Region Urban Transport) along with connecting nearest cities like Cuttack and Puri.

City bus service (Mo Bus) runs across Bhubaneswar by Capital Region Urban Transport Authority run by Bhubaneswar Development Authority . A fleet of 300+ buses cover all major destinations including Cuttack, Puri and Khordha. Auto rickshaws are available for hire and on a share basis throughout the city. In parts of the city, cycle rickshaws offer short trips. To ease traffic jams, over-bridges at major road junctions and expansion of roads are under construction. In a study of six cities in India, Bhubaneswar was ranked third concerning pedestrian infrastructure. The city scored 50 points out of a maximum of 100.

The East Coast Railway has its headquarters in Bhubaneswar. Bhubaneswar railway station is one of the main stations of the Indian railway network. It is connected to major cities by daily express and passenger trains and daily service to all metro cities is available from here. However, the station is overloaded by existing traffic. Currently, the station has six platforms. There are plans to add two more platforms.

Day 1
Bhubaneswar Rly. Station / Airport - Bhirtarkanika National Park
Day 01: Bhubaneswar Rly. Station / Airport - Bhirtarkanika National Park (150 kms / 4 hrs) Meet & Greet on arrival at Bhubaneswar Airport / Railway Station & transfer to Bhitarkanika National Park, lying in the estuarine region of Brahmani-Baitarani Rivers in the North-Eastern corner of Kendrapara district of Odisha, is the second largest viable mangrove eco-system of India. The huge area of mangrove forests and wetland is intersected by a network of creeks with Bay of Bengal on the East. This is one of best spots for wildlife and nature lovers. It is a heaven for bird watchers, ornithologists, wildlife and nature photographers. On arrival check-in at resort. Overnight stay will be at Bhitarkanika (Dangmal/Gupti/Khola).
Day 2
Bhirtarkanika National Park
Day 02: Bhirtarkanika National Park After early delicious home style breakfast transfer to Khola forest Gate and board on countryside boat for Mangrove Forest Safari. Enjoy bending creeks, watch out for birds, particularly different varieties of Kingfishers, Egrets, Bramhani Kites, Eagles etc. Get down at Bagagahana Bird Sanctuary. Climb the watch Tower to look for Pelicans and different types of Storks. Later visit Bhitarkanika Forest Block to check out Old Temple, Lotus Pond and Hunting Tower of past rulers. Climb the Tower and you might be able to spot Wild Boar, Jungle cat, Spotted Deer and birds also. After that visit Dangmal Crocodile Breeding and Research centre and notice different crocodiles. Visit Interpretation cum Museum and then return back to resort for lunch. After lunch, enjoy the surrounding nature’s beauty and paddy field. Late afternoon, visit the local Jagannath temple to participate in the Aarti Darshan. Overnight stay will be at Bhitarkanika (Dangmal / Gupti / Khola).
Day 3
Bhitarkanika National Park - Bhubaneswar via Lalitgiri-Ratnagiri-Udaigiri
Day 03: Bhitarkanika National Park - Bhubaneswar via Lalitgiri-Ratnagiri-Udaigiri (250 kms / 8 hrs) After breakfast drive to Bhubaneswar. En-route visit through Ratnagiri-Lalitgiri-Udayagiri Buddhist circuit, popularly known as Diamond triangle of Odisha. Ratnagiri is a large-scale excavation having unearthed Buddhist shrines, large monasteries, a big stupa and a number of votive stupas. Lalitgiri is the oldest Buddhist complex of the state and one of the earliest Buddhist establishments of the world. Udayagiri is known for its bell-shaped Stupa signifying Vajrajana form of Buddhism. It is located in the basin of a U-shaped hill. Must visit the museum at Ratnagiri & Lalitgiri. Evening arrive and check-in to the hotel. Overnight stay will be at Bhubaneswar.
Day 4
Bhubaneswar Sightseeing
Day 04: Bhubaneswar Sightseeing After breakfast visit Lingraj Temple dedicated to Lord Shiva which is one of the oldest temple where Non-Hindus are not allowed inside the temple premises. Later proceed to Udaigiri and Khandagiri Jain caves which belong to 2nd Century BC, & Nandan Kanan which contains a botanical garden and part of it has been declared as sanctuary famous for white tiger (Closed on Monday). Evening you can enjoy shopping at Ekamra Haat buying local handicrafts and other goodies. Overnight stay will be at Bhubaneswar.
Day 5
Bhubaneswar – Puri via Konark
Day 05: Bhubaneswar – Puri via Konark (120 kms/6 hrs) After breakfast proceed to Puri. En-route visit Dhauli Buddhist Shanti Stupa (Peace Pagoda), Pipili (Appilique Work Village), Sun Temple at Konark (the UNESCO World heritage monument), Chandrabhaga beach. On arrival, check-in to the Hotel. After fresh-up visit to Lord Jagannath Temple, one of the four pilgrimage sites of Char Dham (Non-Hindu are not allowed inside the temple premises). Evening free for shopping at Sea side where you can get some unique ornaments & showpieces made by Shell. Overnight stay will be at Puri.
Day 6
Excursion to Chilika Lake (Satpada)
Day 06: Excursion to Chilika Lake (Satpada) (50 Kms. / 1½ Hrs. one way) After breakfast start for day excursion to Chilika Lake (Place called Satpada). It’s famous for Irrawaddy Dolphins. One can enjoy boating at Satpada (at own cost) and visit the lagoon where the lake meets into Bay of Bengal. Evening back to Puri. Overnight stay will be at Puri.
Day 7
Puri - Bhubaneswar Rly. Station / Airport
Day 07: Puri - Bhubaneswar Rly. Station / Airport (60 Kms. / 2 Hrs.) After breakfast Check-out from hotel and take the departure transfers to Bhubaneswar Railway Station / Airport for your onward journey.