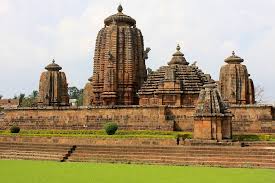 The beaches at Puri are amazing. ... It is one of the safest and crowded beach of Odisha. Surrounding is clean.28-May.

The city has moderate and tropical climate. Humidity is fairly high throughout the year. The temperature during summer touches a maximum of 36 °C (97 °F) and during winter it is 17 °C (63 °F). 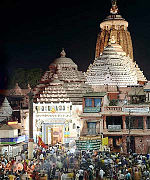 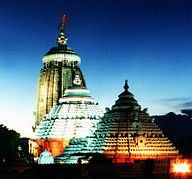 The Jagannath Temple at Puri is one of the major Hindu temples built in the Kalinga style of architecture.The temple tower, with a spire, rises to a height of 58 metres (190 ft), and a flag is unfurled above it, fixed over a wheel (chakra).

Puri is now well-connected by rail, road and air services.

A broad gauge railway line of the South Eastern Railways which connects Puri with Calcutta, and Khurda is an important railway junction on this route. The rail distance is about 499 kilometres (310 mi) from Calcutta and 468 kilometres (291 mi) from Vishakhapatnam.

Road network includes NH 203 that links the city with Bhubaneswar, the state capital, situated about 60 kilometres (37 mi) away. NH 203 B connects the city with Satapada via Brahmagiri. Marine drive, which is part of NH 203 A, connects Puri with Konark.

The nearest airport is the Biju Patnaik International Airport at Bhubaneswar. Puri railway station is among the top hundred booking stations of the Indian Railways.

The Konark or Konarak Sun temple is dedicated to the Hindu sun god Surya, and, conceived as a giant stone chariot with 12 wheels, it is the most famous of the few sun temples built in India. It is located about 35 km northeast of the city of Puri on the coastline in the state of Odisha (earlier Orissa).

A UNESCO World Heritage site, Konark Sun Temple is famous for its unique architecture. Its geometrical patterns and carved wheels used to serve as sun dials. One can witness three images of Sun God at three directions to catch the rays of the Sun at dawn, noon and sunset.