Nepal, a landlocked country between India and China, is known for its mountain peaks. The small country contains eight of the 10 highest peaks in the world, including Mount Everest and Kanchenjunga – the world's tallest and third tallest respectively.

Nepal is a landlocked country in South Asia and is bordered by China and India. It is located in the Himalayas and contains eight of the world's ten highest peaks. The government system is a federal parliamentary republic; the chief of state is the president, and the head of government is the prime minister.

Generally speaking, Nepal is a safe country for women travellers. However, women should still be cautious. ... Several women have written to say that a long skirt is very useful for impromptu toilet trips, especially when trekking. Sexual harassment is low-key but does exist.

While the dhoti and lungi are used on a daily basis, the tap?lan is a festive outfit worn for weddings, celebrations, and similar occasions. The women's traditional costume of Nepal is called “Kurta Suruwal”. It consists of light baggy pants, a blouse, and a large scarf.

Make sure that when you bring food into the country it does not contain beef OR that you eat your beef products in private. In most shops in Nepal you will only find Buffalo meat (Buff), chicken or Mutton (which is actually goat).

Tourism is one of the largest and fastest-growing industries in Nepal, employing more than a million people and contributing 7.9% of the total GDP. The number of international visitors crossed one million in 2018 for the first time (not counting Indian tourists arriving by land). Nepal's share of visitors to South Asia is about 6%, and they spend much less on average, with Nepal sharing 1.7% of the earnings. Premier destinations include Pokhara, the Annapurna trekking circuit and the four UNESCO world heritage sites—Lumbini, Sagarmatha National Park (home to Mount Everest), seven sites in the Kathmandu Valley collectively listed as one, and Chitwan National Park. Most of Nepal's mountaineering earning comes from Mount Everest, which is more accessible from the Nepalese side.

The highest freshwater lake in the world, at a height of 4500 metres, Lake Mansarovar stands at the foot of the sacred Mount Kailash. Located in Tibet, it's considered as one of the holiest lakes in Asia and is an important part of the yatra. This lake is also believed to change colours.

Tibet, the remote and mainly-Buddhist territory known as the "roof of the world", is governed as an autonomous region of China. ... China sent in thousands of troops to enforce its claim on the region in 1950. Some areas became the Tibetan Autonomous Region and others were incorporated into neighbouring Chinese provinces.

Day 1
Katmandu
Day 01: Arrival in Katmandu, transfer to hotel, evening Pashupatinath Arati darshan. And at dinner time program briefing, Meal plain (B/L/D).
Day 2
Nepal
Day 10: Early morning Drive to Nepal border, As soon as possible fly by Helicopter To Simikot , connected flight to Nepalgunj and then same day connect flight back to Kathmandu overnight hotel. Meal plain (B/L/D).
Day 3
Kathmandu
Day 11: Departure transfer to connect your onward journey. Meal plain (B).
Day 4
Pashupatinath Temple
Day 02: Morning Sightseeing in Pashupatinath Temple by AC coach: Afternoon Fly to Nepalgunj(50 minute fly),over night at hotel. Meal plain(B/L/D).
Day 5
Simikot
Day 03: Early morning flight to Simikot(45minute) rest for acclimatize for high altitude at Simikot afternoon walk around hill side meal plan (B.L.D).
Day 6
Nepal
Day 04: After breakfast shift to Helicopter and fly to Hilsa (Nepal border) 20 minutes fly helicopter & pick up Shera border(walk 10minute) cross border and enter Tibet china meet our Tibetan and Nepali crew and drive to Taklakot(3900m)30 Km, over night Hotel Himalayan. Meal plain (B/L/D).
Day 7
Manasarovar
Day 05: Morning Drive 78 km. to Holy Lake Manasarovar (4500 M) and rest of day perform free for spiritual activities such as the abode of god will be a lifetime - achievement. Pooja, Havan worship, meditation, holy bath etc. Overnight stay Lodge at the shore of Lake Manasarovar. Meal plain(B/L/D).
Day 8
Manasarovar to Darchen
Day 06: Manasorovar to Darchen 30km. (4560 m):- After breakfast drive an Hour Darchen the base camp of Holy,Mt.Kailash.Rest of day free for acclimatization and preparing for circuit ( Parikarma ).Over night Hotel Himalayan at Darchen.
Day 9
Darchen to Diraphak
Day 07: Darchen to Diraphuk 18km. Parikarma/Cora begins drive 10 km. cover to Tarboche(yam dhwar) and trek up to walk approximately about 04/05 hour Diraphuk (4890m).Overnight stays at Guest house. Meal plan (B/L/D).
Day 10
Trek to Zuthulphuk
Day 08: Trek to Zuthulphuk (4790m) 22km. walk approximately 08 / 10 hours - Parikarma Continues, this is the day every pilgrims talks about, the most difficult journey through out the trip, Trek up to Dolma La pass(5600m). We will offer very short prayers at Dolmala and move towards Gaurikunda. They programmed in the same as usual, Zuthulphuk overnight stay at Guest house. Meal plain (B/L/D).
Day 11
Zuthulphuk to Taklakot
Day 09: Zuthulphuk to Taklakot via Manasarovar Lake. After Breakfast, we will trek around 8 km. We will be reaching at the point, where our jeeps will be waiting to drive us to Darchen, Parikarma ends. After Lunch we will drive to Taklakot via Manasoravar parikrama (circuit). O/N Guest house Meal plain(B/L/D). 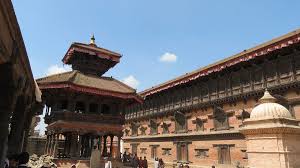