Darjeeling is famous throughout the world for the tea it grows and the great view of Kanchenjunga range of mountains that it offers. ... It is also known for its richness in cultural & natural heritage and the famous toy train that has been declared a UN heritage.

Darjeeling is well known for quite a few items, mainly their large selection of tea and woollen items such as shawls, scarves, hats and jackets. Darjeeling also offers a lot of handicrafts and exotic Tibetan items that are great souvenirs to take back home.

Nepali, Hindi, Bengali and English are the prevailing languages of Darjeeling. Nepali (which is spoken by more than 70% of the population in Darjeeling, Kurseong and Mirik subdivisions) is the dominant language in the hills.

Gangtok as its name suggests in the local language is situated on a hilltop. This Hill station is a place of surreal beauty and peace. This little town is literally situated on a peak between the clouds. Gangtok is nestled in the eastern reaches of the Himalayas at an altitude of 1,650 feet.

Within the higher peaks of the Himalaya and with a year-round mild temperate climate, Gangtok is at the centre of Sikkim's tourism industry. Gangtok rose to prominence as a popular Buddhist pilgrimage site after the construction of the Enchey Monastery in 1840.

In 1975, after the integration with the union of India, Gangtok was made India's twenty-second state capital.The precise meaning of the name Gangtok is unclear, though the most popular meaning is "hill top".

Kalimpong is a tiny hill station nestled in the northern region of Darjeeling in the state of West Bengal. Surrounded by majestic mountains, lush tropical gardens, and crystal-clear lakes – Kalimpong is a paradise for people who love nature.

There are several viewing areas in Delo with shaded gazebos and seats. It's probably the best place in Kalimpong to get a view of Kanchenjunga range towards north beyond the hills of Sikkim. You can also get lovely views of Kalimpong town, Relli valley and the Teesta river from the view points here.

A town rich in monasteries and biodiversity, Yuksom is one of the many great places to visit in Pelling. The little town offers its visitors a wealth of activities for perusal including monastery visits, waterfall sightings, and adventure activities like rock climbing, rappelling and hiking.

If you love to see natural beauty, Pelling will be a good choice. But if you are looking for some activities (Paragliding), adventure excursion to Nathula Pass, Tsomgo Lake.

The winters in Pelling start in the month of December and last until February. This season is again a great season to witness Pelling which, during this time remains decked with fresh snowfall. It appears no less than a petite paradise worth witnessing.

Pelling is very beautiful and quaint place. Do visit Rabdentse ruins, Kanchenjunga falls, Khecheopalri lake (holy lake), Sangacholing Monastery, Pemayangste Gompa and others. Its expensive place but the weather and the outdoors are worth for every penny you spend! 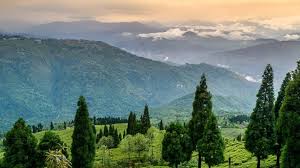